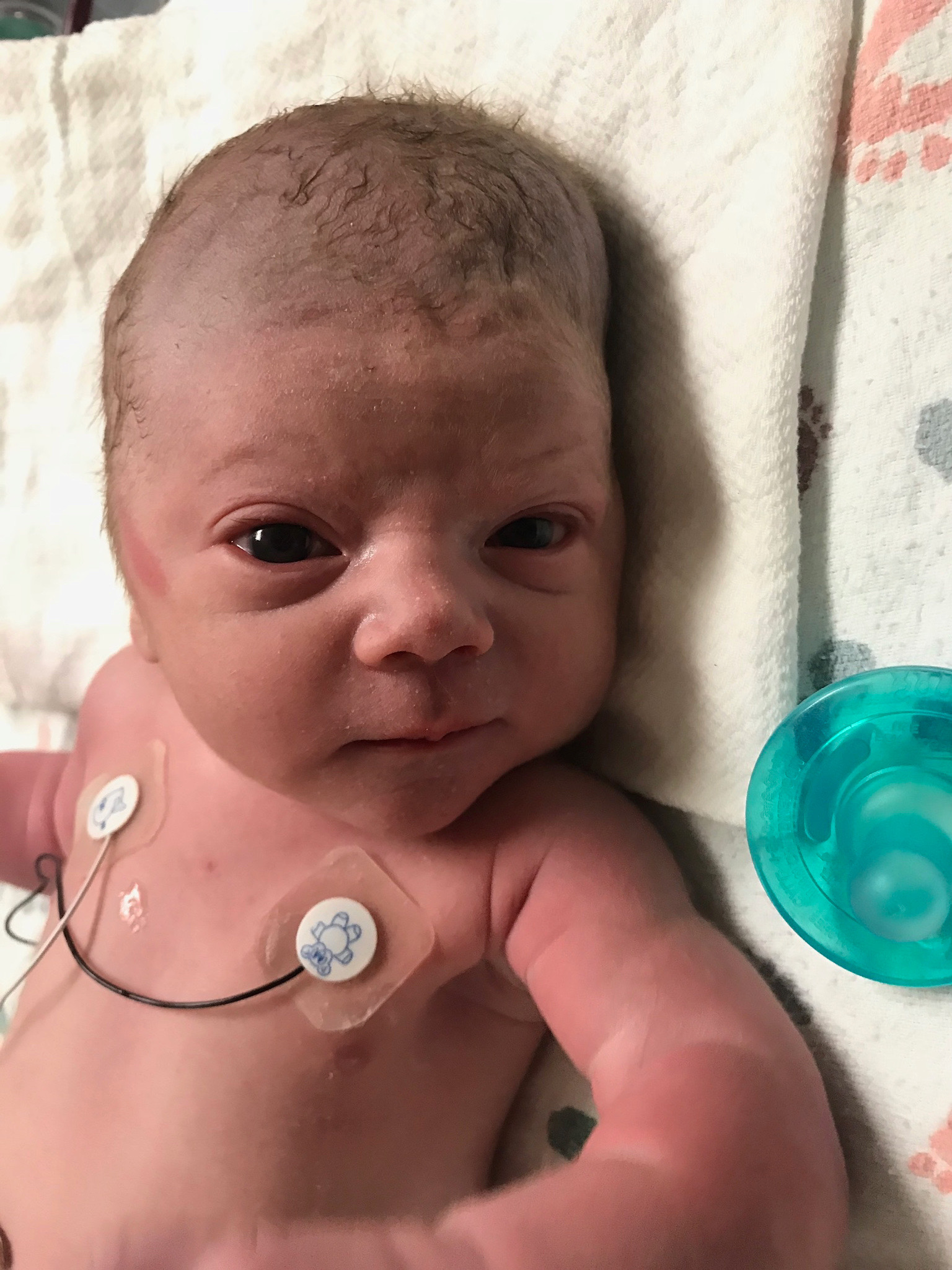 After about 13 hours of labor on Friday, August 24th, László Rivers HarmsBoone was born at 1:09 PM, weighing 6 pounds, 11 ounces. László is pronounced “lahss-low” and we’ll call him Laci (pronounced “lotsy”) for short. His name is a favorite of ours from our days teaching English in Hungary. The Lászlós we knew, one in particular, were helpful, kind, and welcoming to us when we first arrived in Kaposvár and the name took on quite a lot of meaning to us. His middle name, Rivers, was his great-great-grandma Isabelle Petroske’s maiden surname.

He was born at 35.5 weeks, about five weeks ahead of his due date and two weeks earlier than we were to be induced. This means he is the “late pre-term” variety of premature.

One of our nurses today said that the way babies this age used to be handled was by shipping them straight to the regular nursery like a full-term newborn and only admitting to the NICU when something bad happened. These days, babies at 34-35 weeks are sent to the NICU for at least 24 hours of monitoring and well checks before moving to the well baby nursery. So far his breathe, swallow, suck faculties are the only thing we’re keeping an eye on and he’ll remain in the NICU until he works out how to eat and breathe at the same time.

So far, László’s favorite things are listening to his parents teach people how to pronounce his name, sleeping, wearing his cap, and eating. He’s got a small noggin with quite a lot of hair and big loving eyes that stare back up at you. The first songs he heard were “Hey Bébé” by Rhiannon Giddens and “Happy Birthday” by Stevie Wonder. He does not have a favorite book, but his dad got him an encyclopedia of all things Canada from Montréal the day before he was born and he can’t wait to dig into it when we all get home.

Mom is doing great. Total labor time was just about 13 hours. About eight hours in she received an epidural which helped her rest and recover energy before the big push. She’s producing plenty of colostrum — super concentrated milk — and got a good night’s sleep before waking up to feed and hold Laci skin to skin.